The paintings of Ed Oosterhoorn (NL, 1969) are inspired by the design, architecture and energy of the modern metropoles. He aims his focus on the sharp cuts and lines.  With this, he expresses the individualization of society and the smaller personal space .The paintings are built with acrylic, and he reacts on what happens on the canvas and then turns  the form back to the essence.Ed has taken courses at the Vrije Academie Kennemerland. One of his teachers there was Henk van Trigt (Henk exhibited in TZT003 and in 2018 he will again show new work at Bos Fine Art). Over the years Ed Oosterhoorn has evolved and thereby developed a unique style. A major challenge is the form to get as tight as possible to get depth and dynamism into the painting.This technique has been refined. 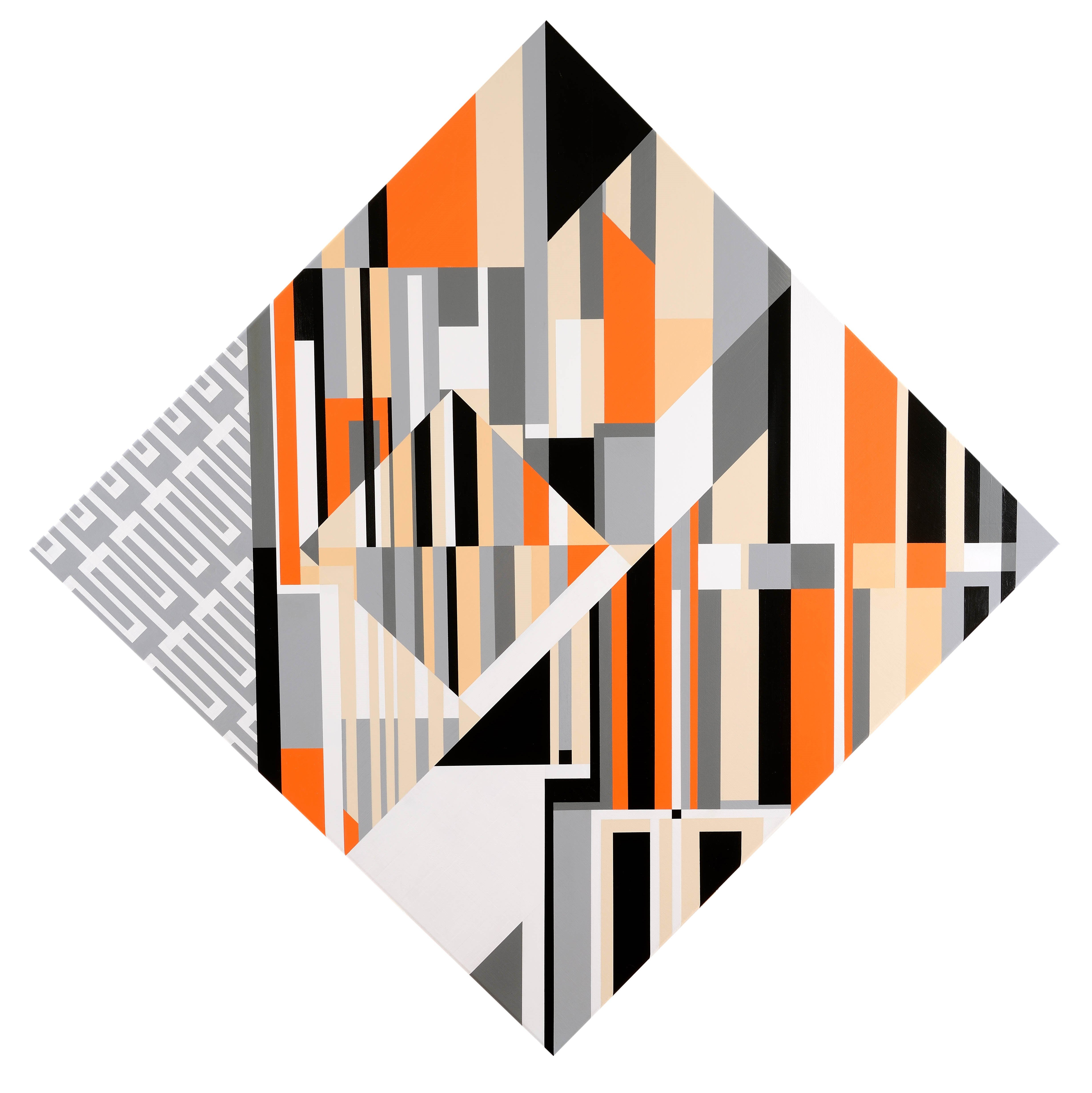 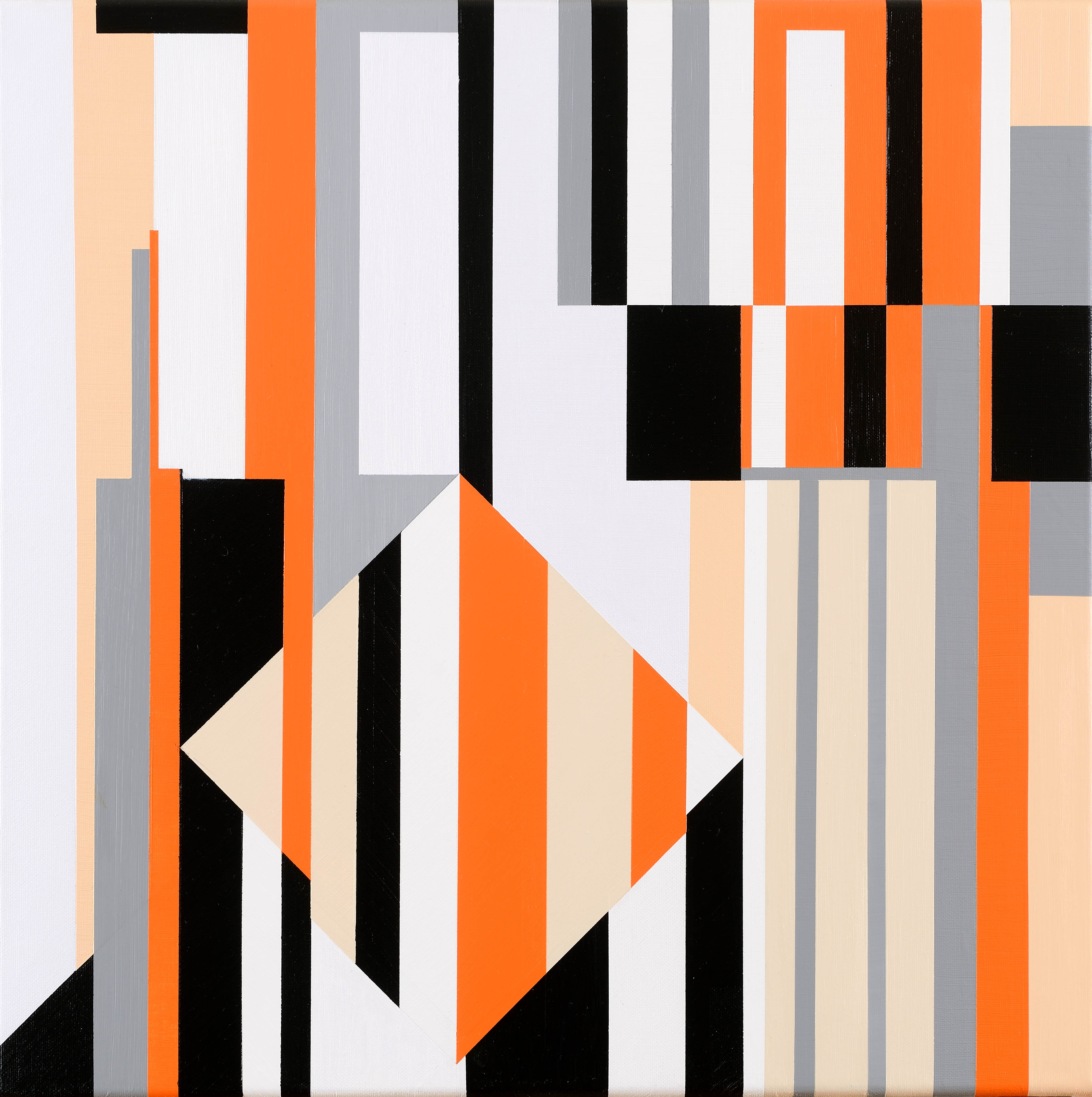 In her works Anneke Klein Kranenbarg (NL, 1961) examens basic forms, often a cube or rectangle. She tears the forms apart and then constructs a new construction a new form. The materials she uses are two transparent plexiglass plates encased in a light wood profile and black wires. The wires are  strained  both on the plate at the front, and on which at the rear and in the space there between. If the viewer moves along the artwork it seems that it is changing with every move. Lines and surfaces slide over each other.

The artwork may seem two-dimensional, sometimes to be three dimensional.To display a three-dimensional forms of art on a two-dimensional screen is impossible. This art is only to inspect  in real life. This is especially true for three-dimensional wire structures of Annneke. Requiring physical presence of a moving observer. Each of the viewer movement causes a different picture. The works resemble pencil drawings, but the lines are wires running from hole to hole 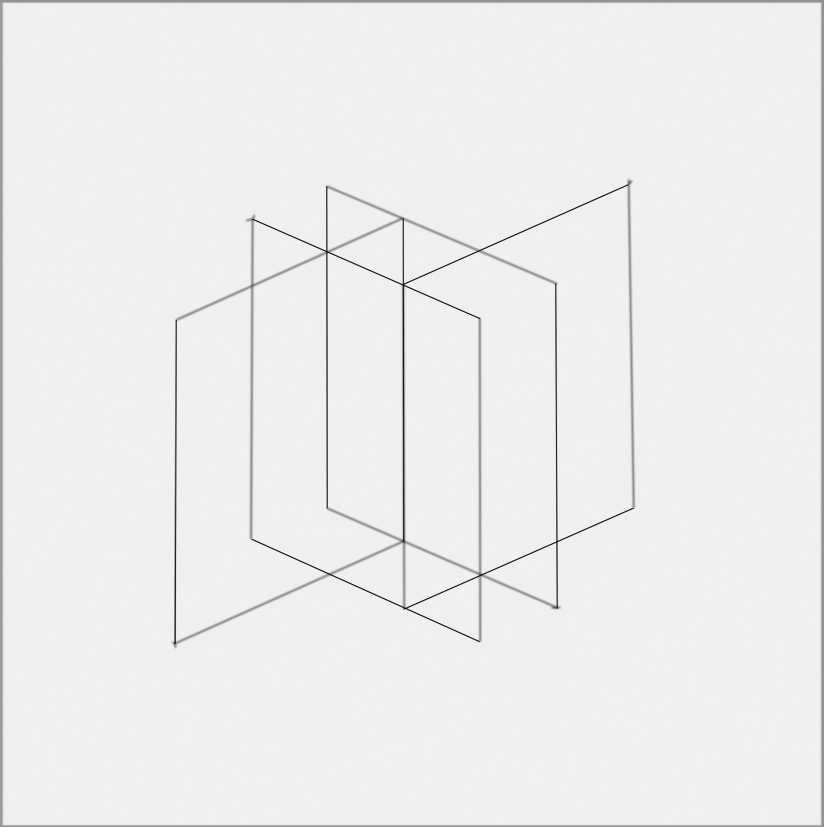 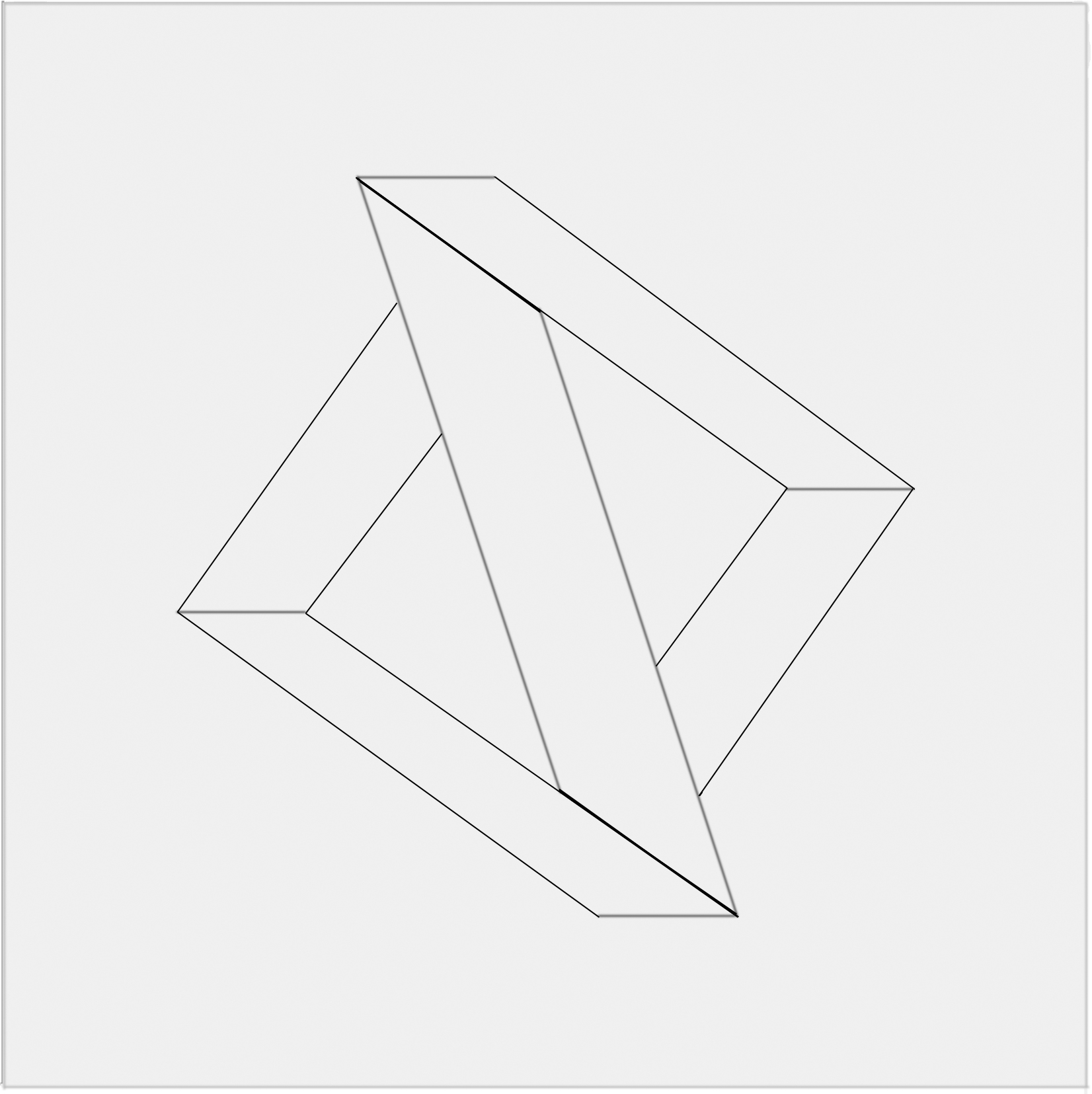 Paul Wezenberg (NL, 1952) is trained at the Rietveld Academy in Amsterdam. He worked long as an interior architect, both in design and execution. In addition, he has advised in many designer furniture and home accessories by designers from the United States, Italy and Scandinavia. From the late 90s, he is also started collecting Dutch art. His training, his experience in the design world and the numerous works of art that passed through his hands inspired him to start to make artworks again ten years ago. Especially geometric reliefs. Collages and assemblages of basic forms to complete works of cardboard, paper and MDF. Often staggered white areas that with light, but also colourful works. 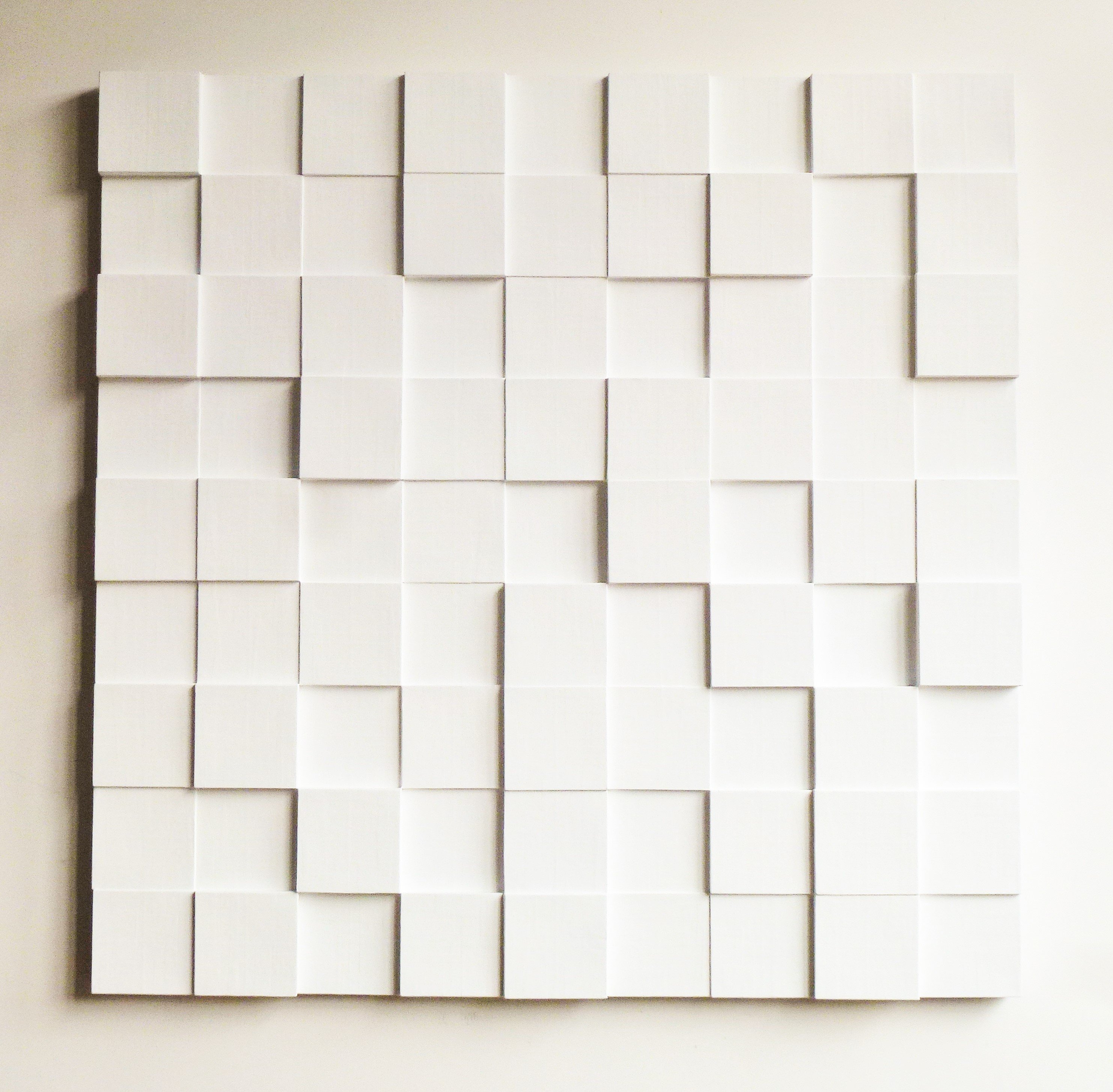