What Kees de Kloet (NL, 1940) fascinates is a harmony of opposites: the tension between system and emotion, lightness and heaviness, movement and rest, darkness and light, strength and vulnerability, matter and space, tradition and innovation. The work is characterized by a certain toughness and earthiness, arising from the use of architectural forms and simplicity of the material. There is no source from which he draws. However, there are similarities, there is recognition and affirmation. In Romanesque architecture per example, he recognizes the austere simplicity, it stands firmly on this earth, the paradox of heavy matter and transcendent space and light. In Bach's music, he experiences the spatial, timeless, a main force. Bach is in his fugues very systematicly, formal and didactical. That does not preclude that his works has direct right access to our feelings. Steve Reich, Philip Glass, Simeon ten Holt: composers who make it very clear, layered music by simple repetition principles, again the main energy. 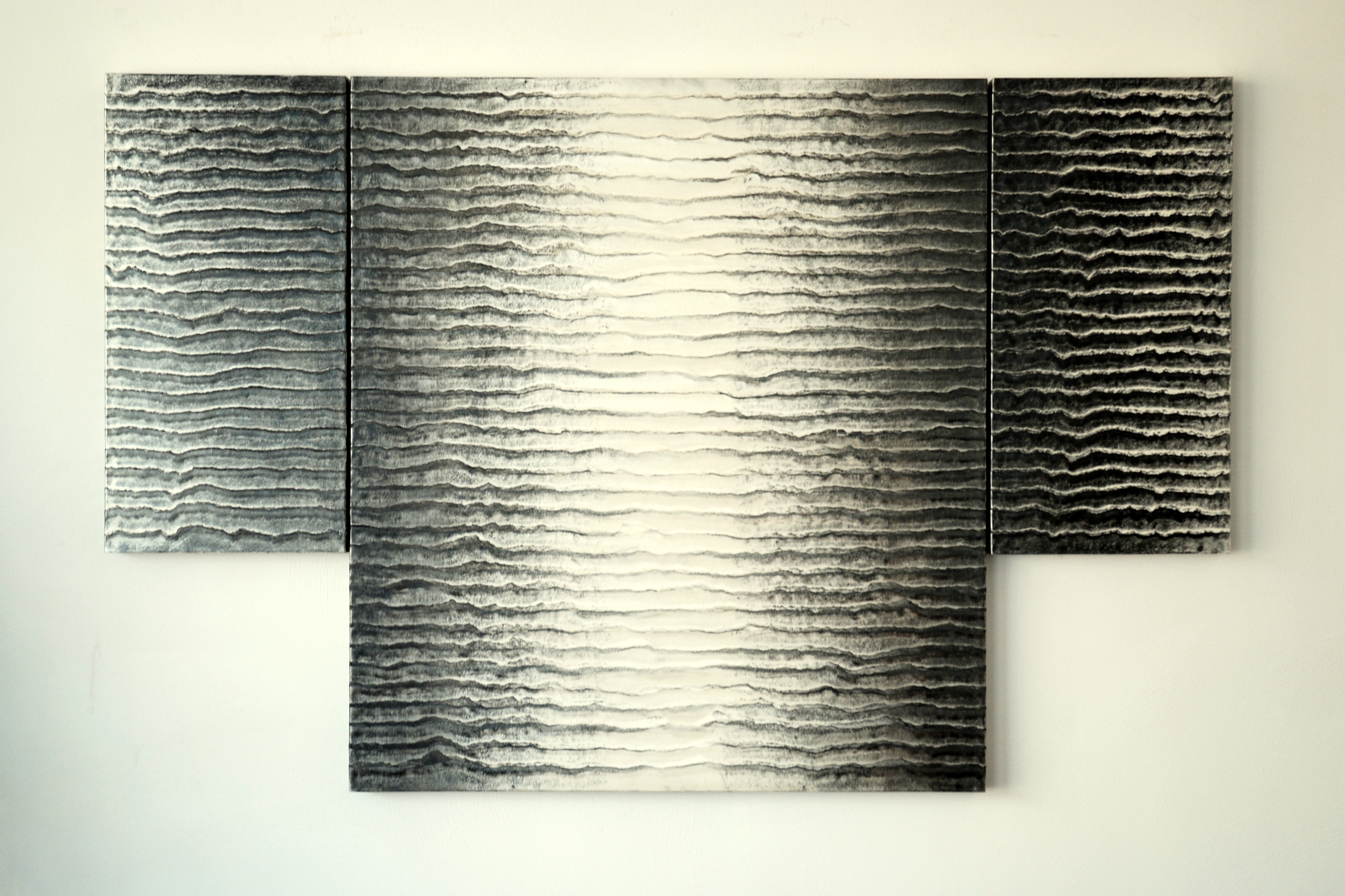 The work has no message. It is the work itself which is created and edited and which itself is working and slightly edited. The two-dimensional work, black or white, it is about light. Black on black. Black on white. White on white. Absorbent and reflective. Silent black, powerful. Still white, vulnerable. Black and white are not so much the absence of color. The light and the surroundings create the colors constantly changing, depending on the lighting, time of day, the position of the viewer, space and matter. 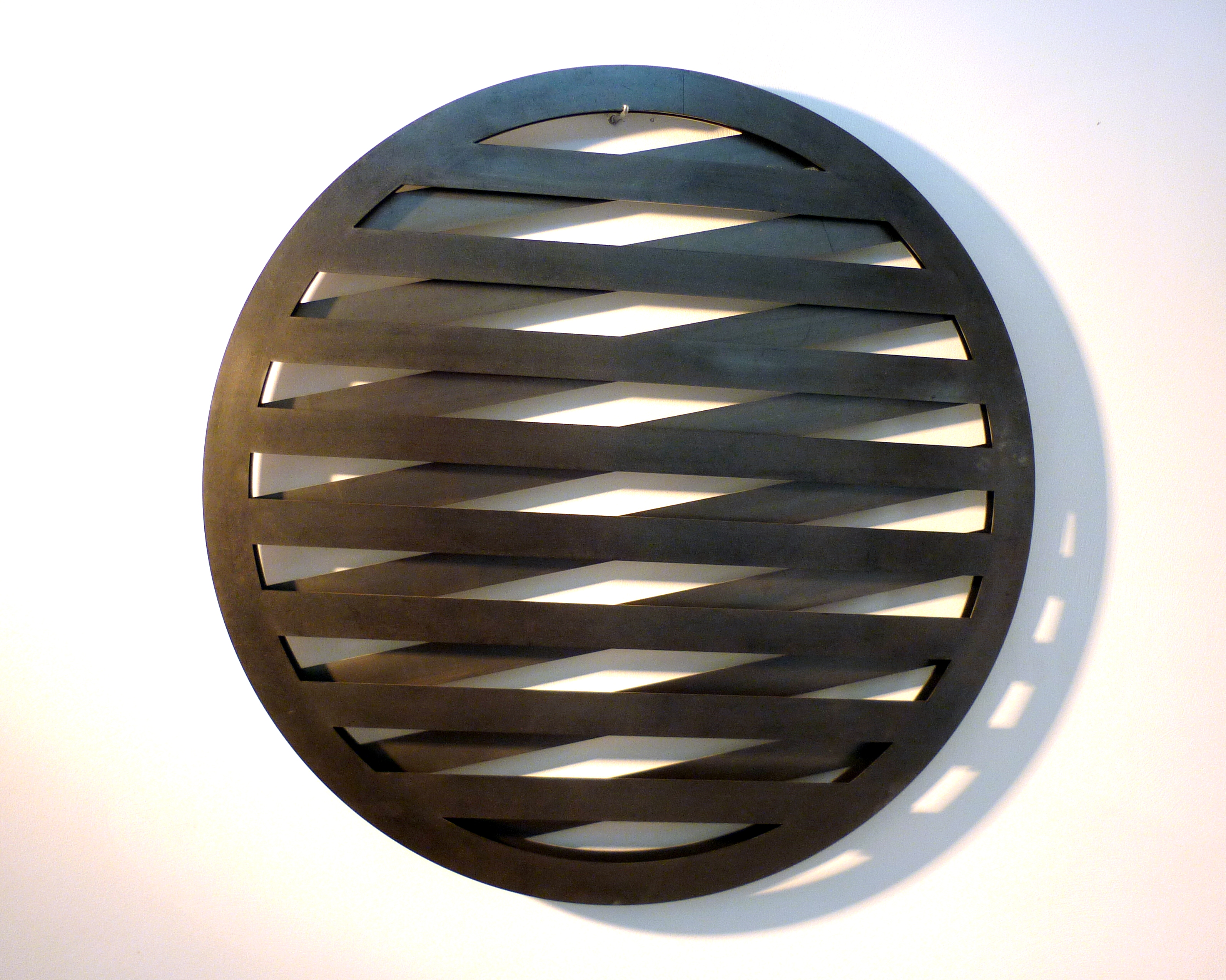 Tije Domburg (NL, 1947) has been making art his whole life. He is always looking for new forms, new worlds, new total images. Due to the ever changing building, group, sort of large amounts simple - often the same - parts, components, modules. That can be ceramic tubes, only differing in length from one another, or strips of paper that are rotated more or less often, but the figures may also be numbers. Recently he is working with the four symbolic letters, the building blocks of the DNA. He finds it particularly fascinating that all living organisms are made up of larger and again larger and often gigantic amounts of these four building blocks that four letters A, C, G and T representing the four bases, adenine, cytosine, guanine, thymine, which together form the DNA. 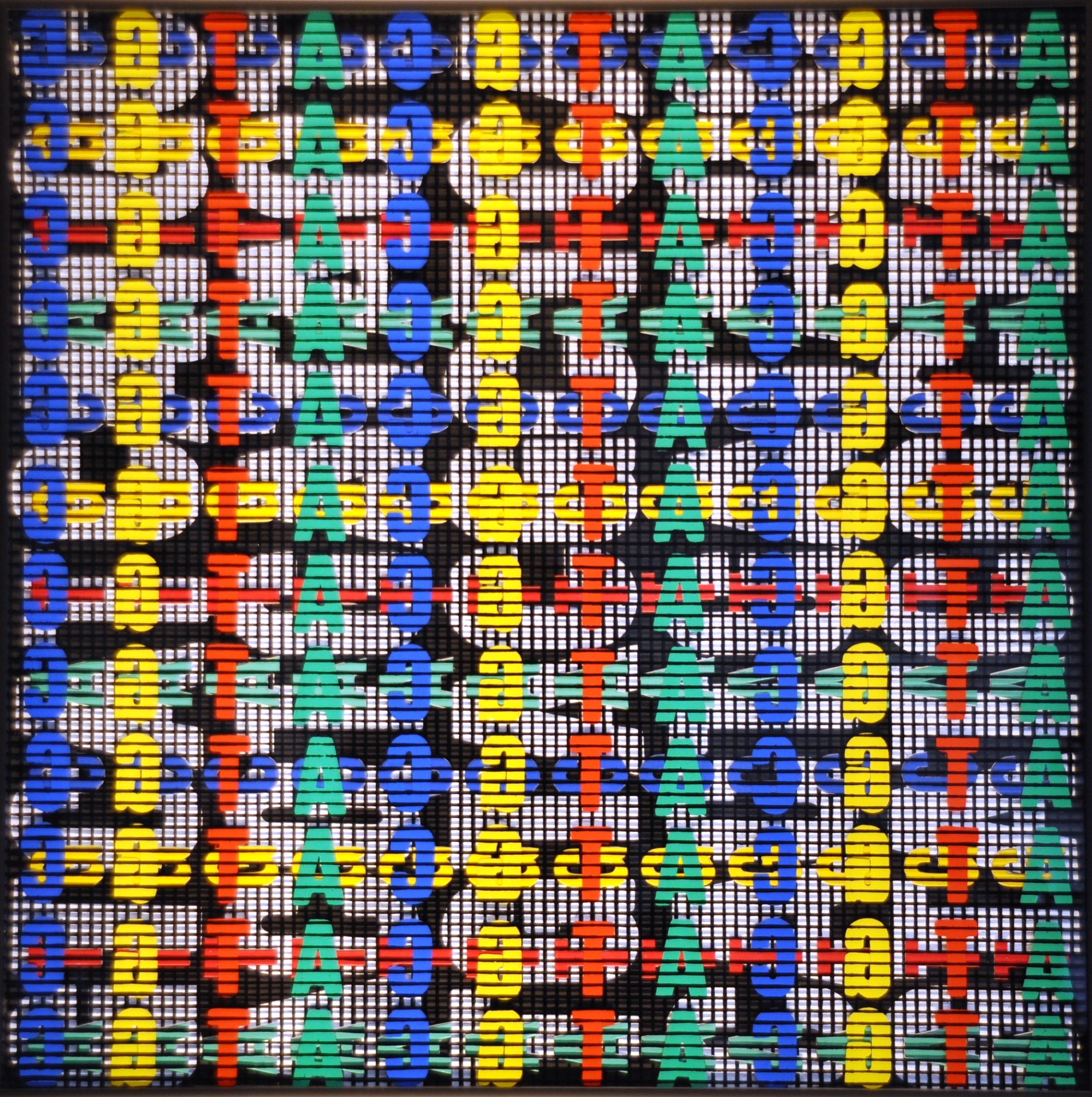 And fascinating that through Darwinian evolution and heredity laws of Georg Mendel, the chromosome research, the discovery of the double helix and the unraveling of the entire human genome, we are now so far and Tije Domburg is so far, that he is abel to make a representation of the development of his grandson, from the first cell divisions to complete the enthralling child that it is today. Especially with great admiration for all those scientists who ever further search, dig deeper into the infinitely small but infinitely varied world of genetics, to live and diseases, to understand better and thus to improve medicines. Tije Domburg made in a not scientific, but rather plastic way DNA visible. Tije Domburg makes geometric abstract art and still less that style is becoming more common for him an purpose itself, but more and more a way to tell a story. 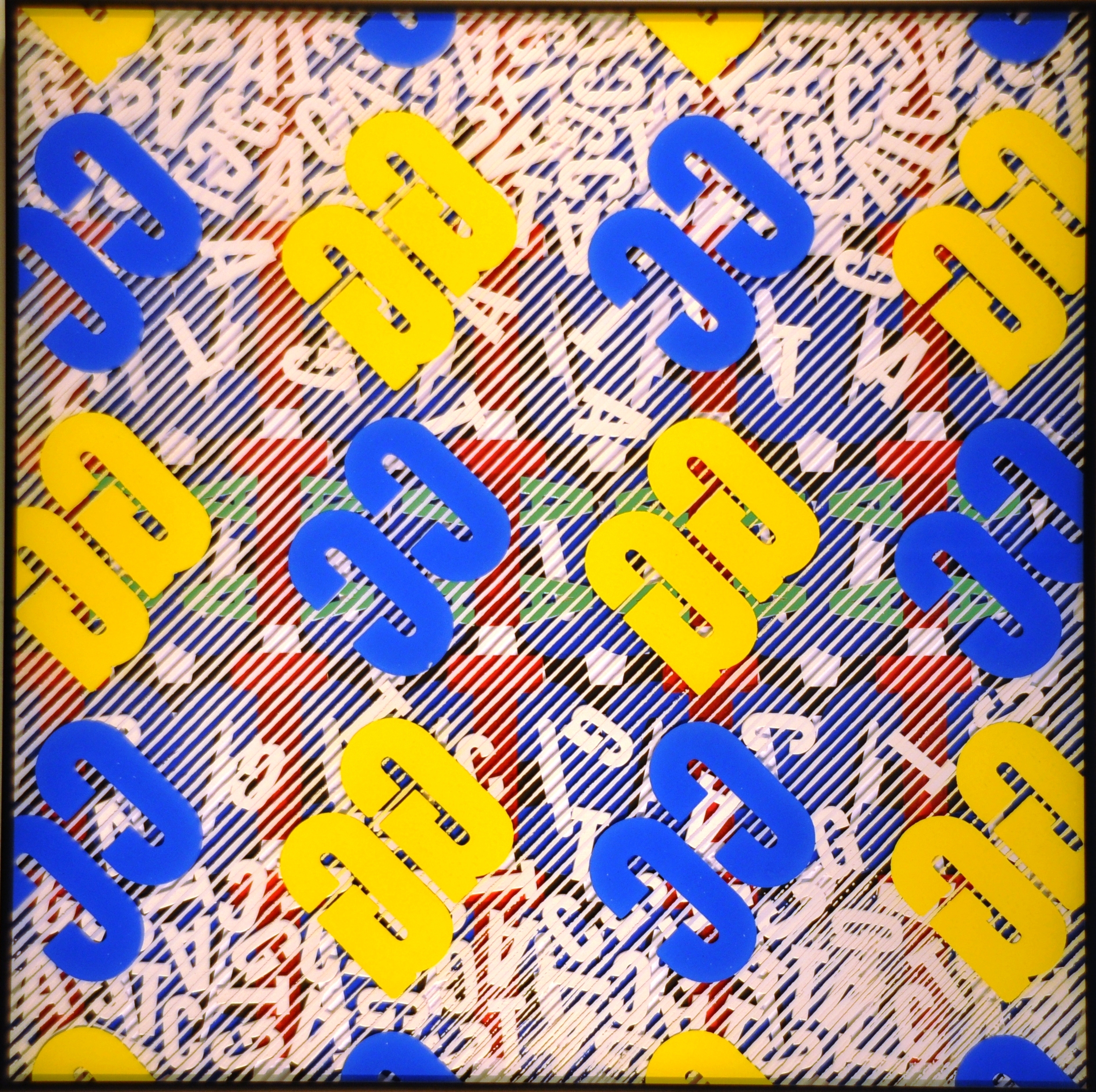 Jan Hendriks (NL, 1946) uses simple shapes and materials in simple rhythmic compositions. Simple means: a straight line, simpler than a flat surface; a square, simpler than a rectangle. Everything that is redundant can go, simple also means no color. The material is paper, cardboard and titanium white acrylic paint. He works in a minimal imagery: a repetition of the same element, sometimes with a small shift or rotation. It seems in itself a limitation, but in reality it gives him great freedom and endless possibilities. He is constantly evaluating what is possible with the minimal resources. 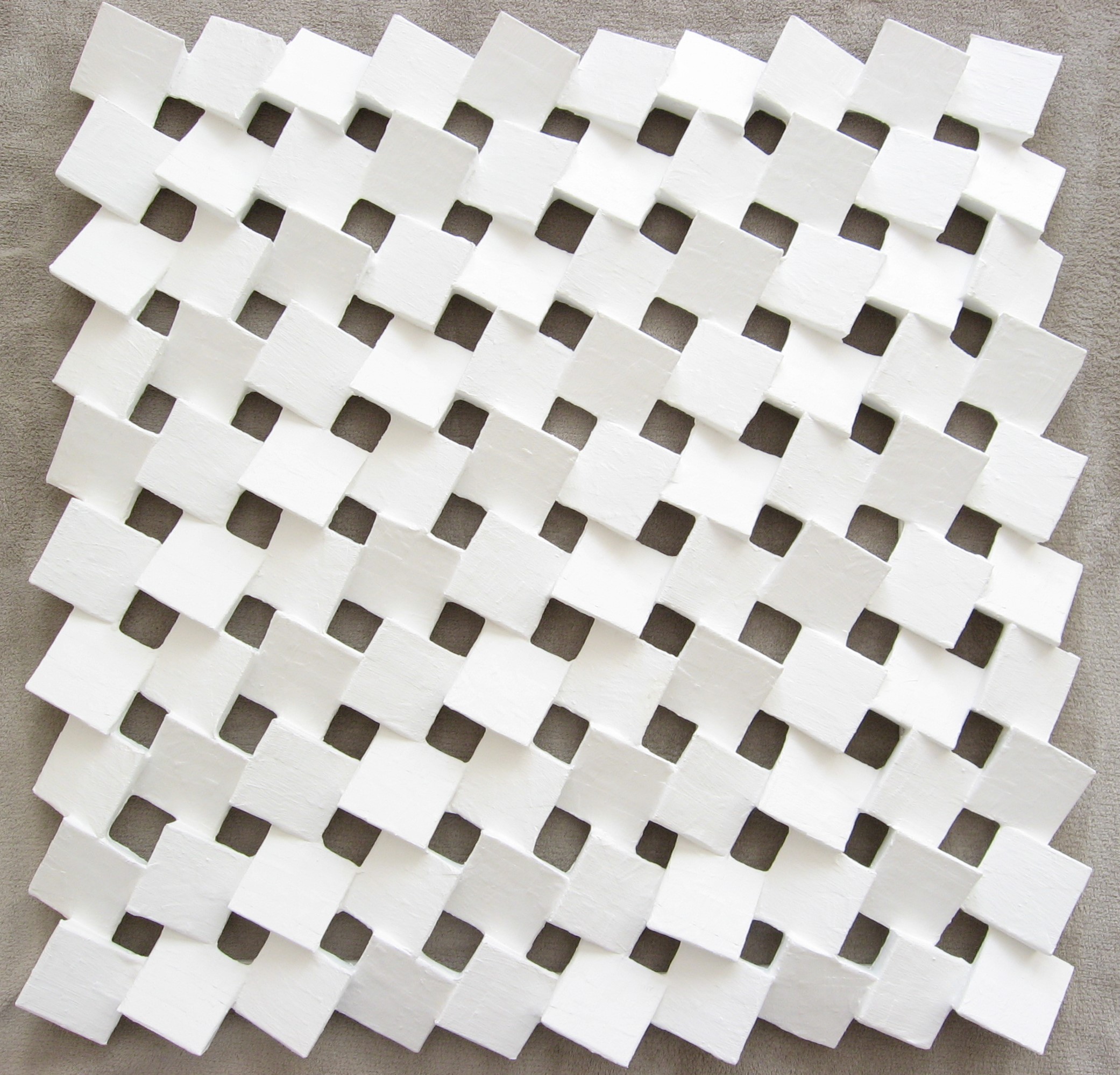 He seeks thereby to cope with geometric shapes and structures in a strictly consistent attitude, which then flow naturally the dimensions, rhythm and proportions that determine the final work. The term "geometric-abstract" could therefore be applicable. Arise structures indefinitely extend from the edges, but which he only shows a portion. There are no primary or secondary issues, no accents. He usually starts by designing a composition. That choice is usually based on prior work and his thoughts he had in making that work, to put into concrete design factors for the next job. 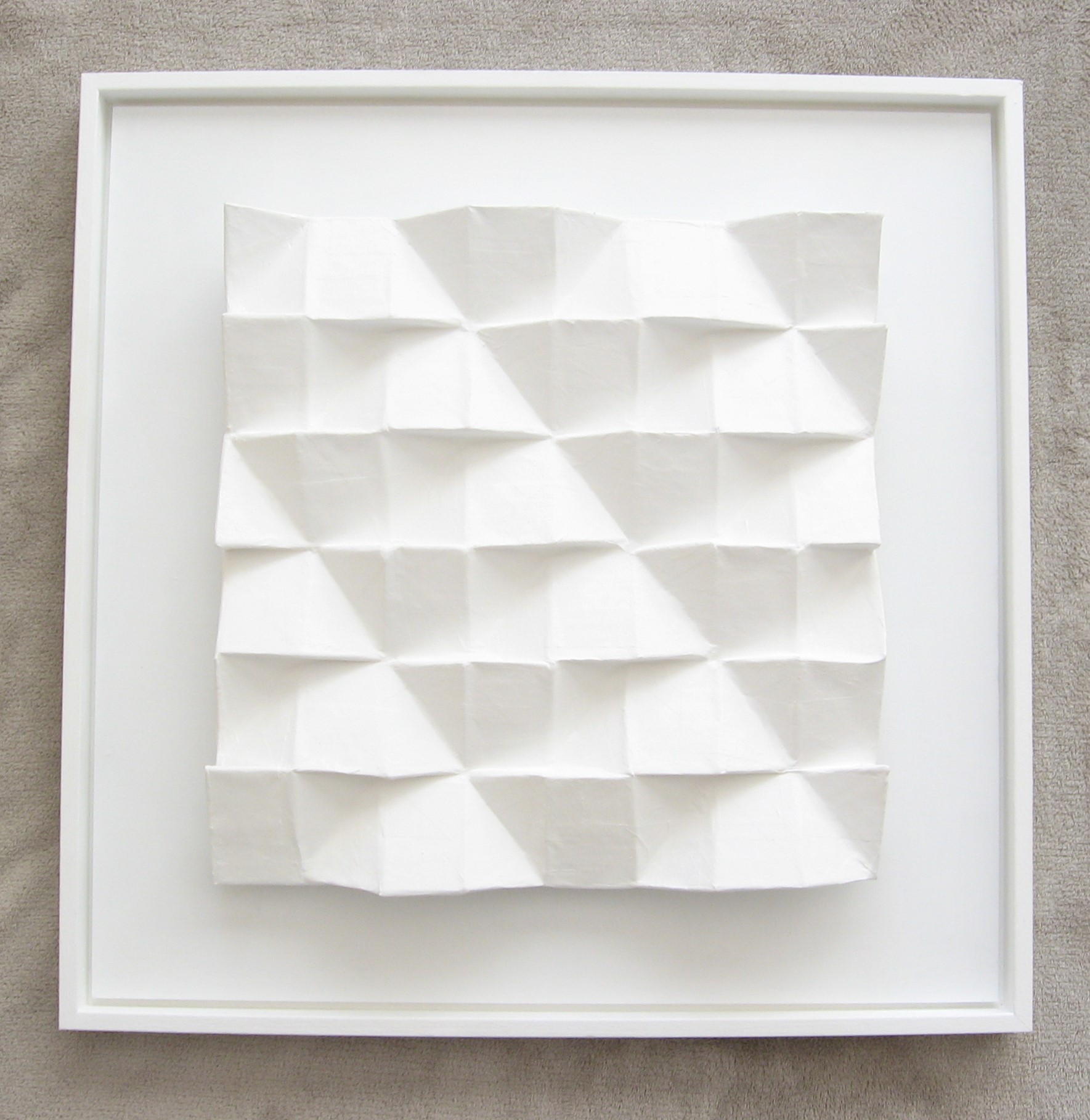