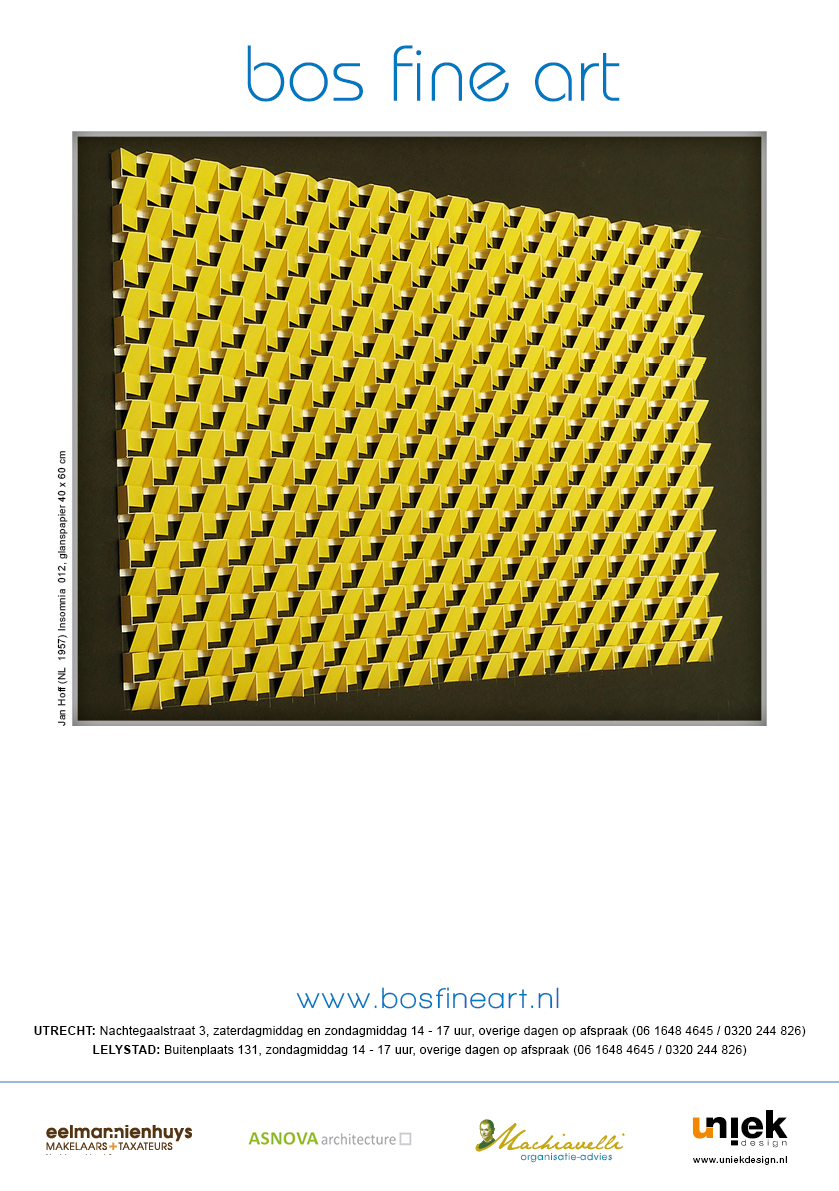 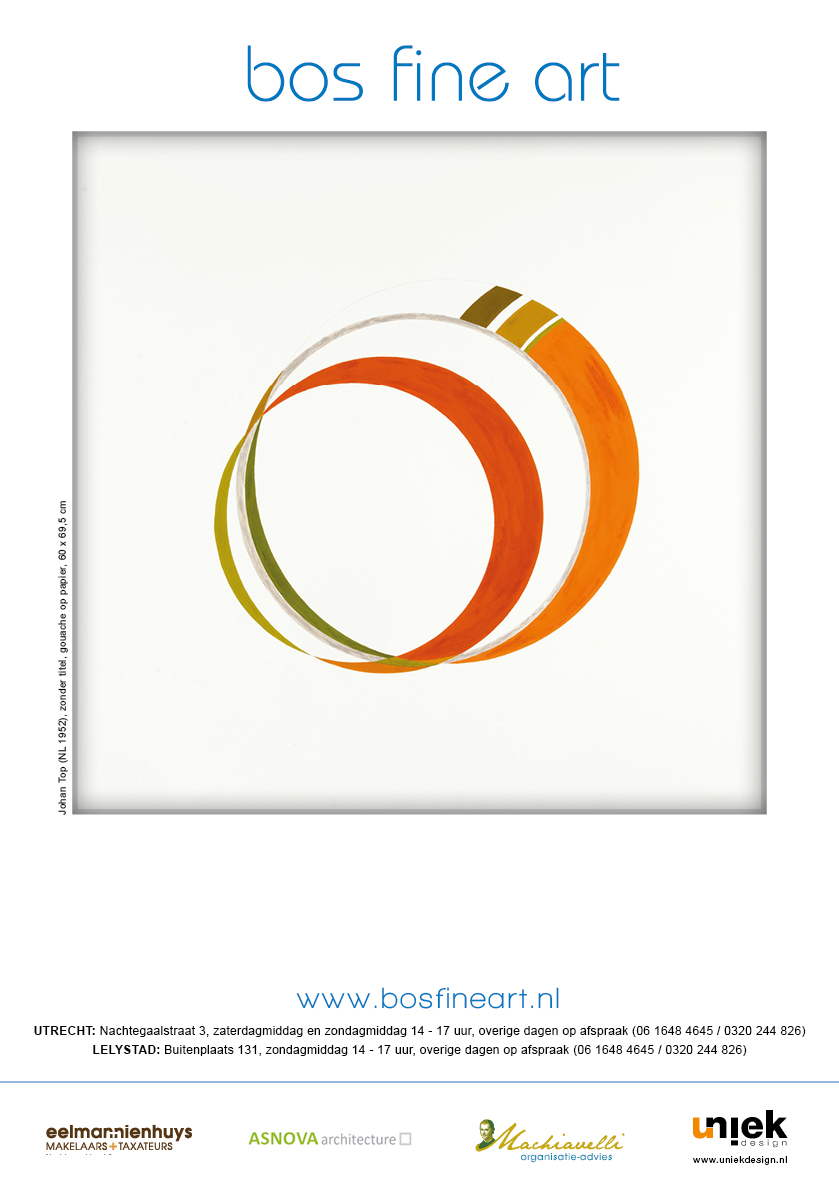 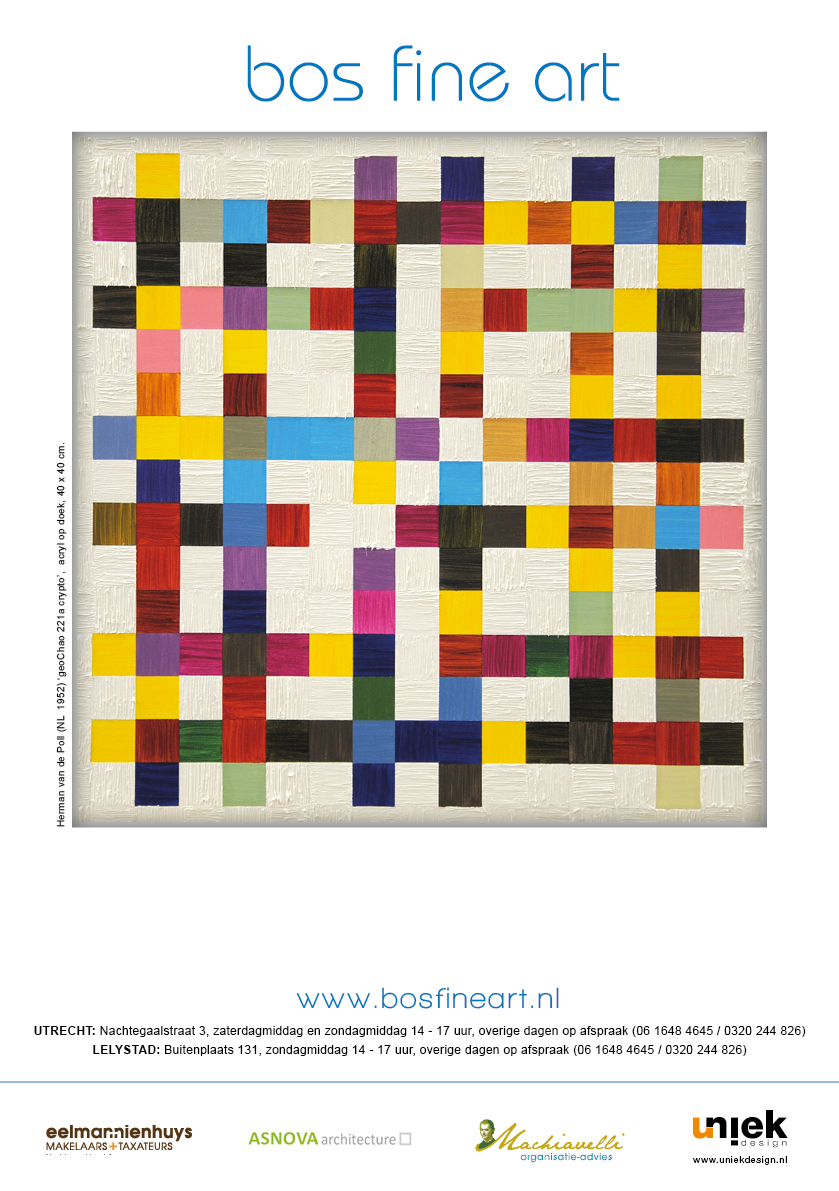 In his works Johan Top (NL, 1952) uses various techniques such as gouache on paper, oil and acrylic on canvas or edited material.The underlying idea is that all the paintings, regardless of the technique used, can hang together in harmony. 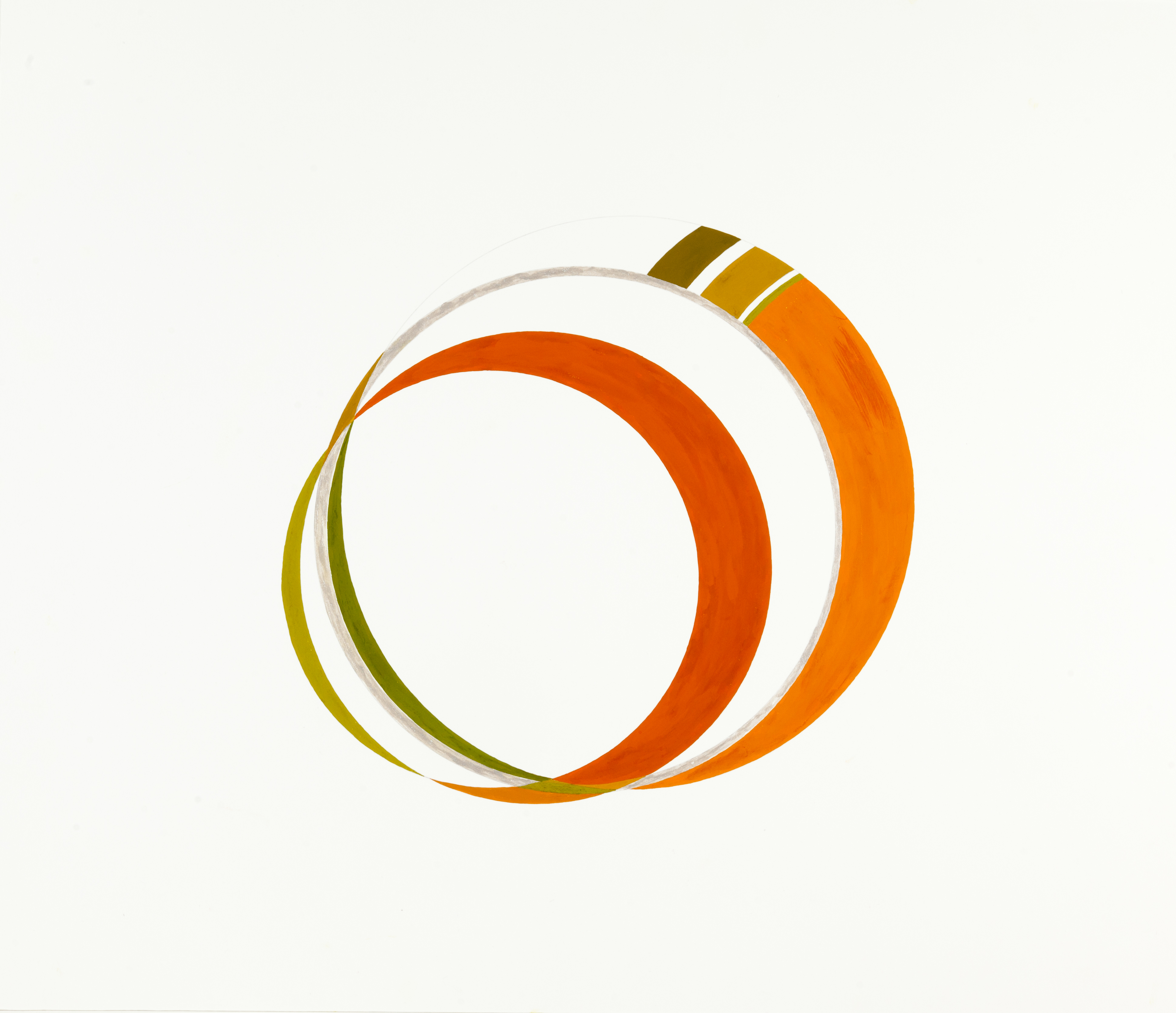 Those hankering for harmony may indicate his daily activities: conducting and giving violin lessons for over 30 years.The consequence of the choice to study at the Sweelinck Conservatory in Amsterdam (violin and viola), was Jahan Top stopped at an early age making visual work.Beware, he has carefully painting picked up a few years ago. 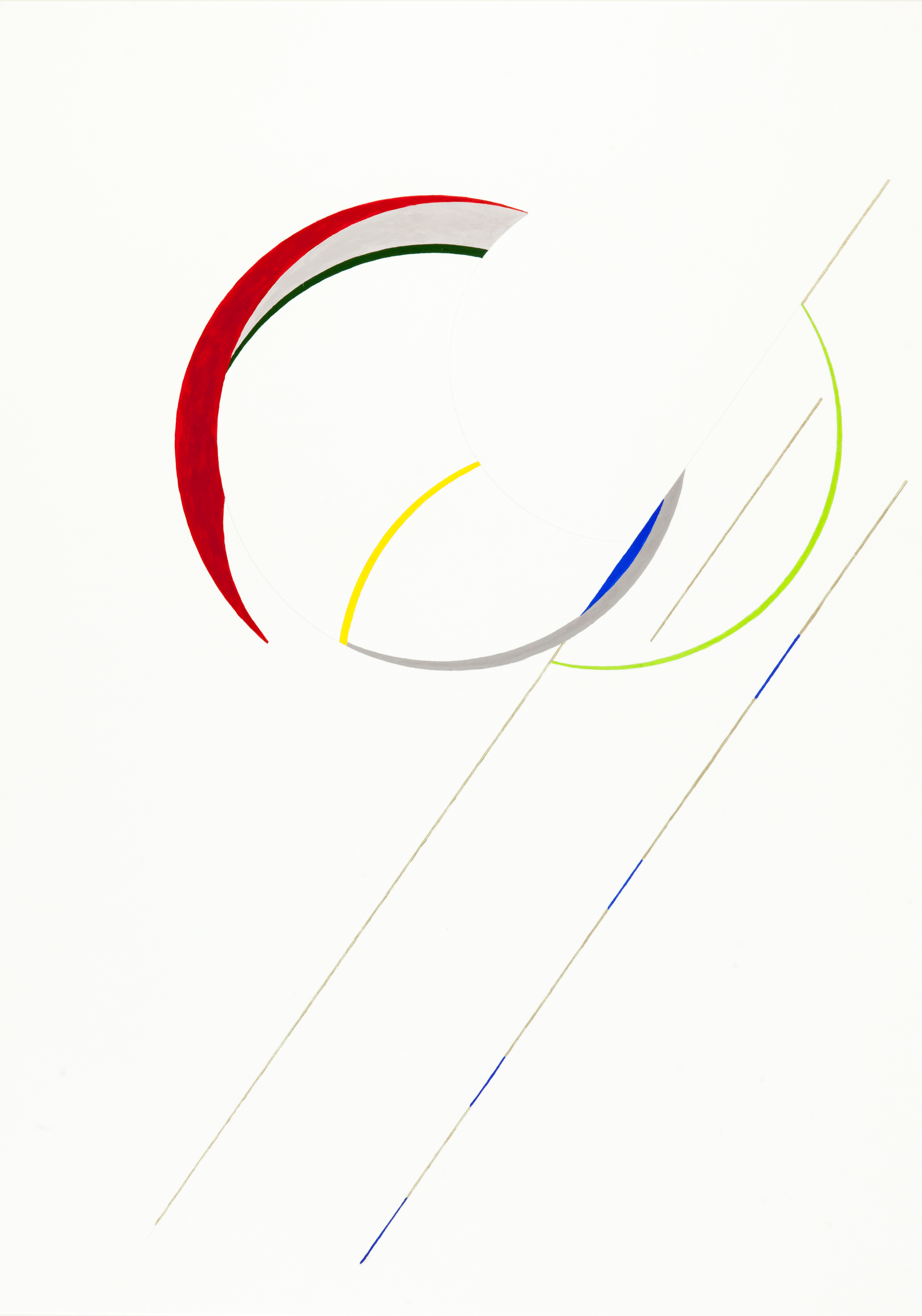 As a visual artist Johan Hoff (NL, 1957) is a late bloomer.He is recently going to engage in non-figurative objects and compositions.The works that are shown in exhibition untitled TZT002 are compositions which consist strips of dark or light gloss paper.These are at an angle of 45 or 90 degrees glued to a background and thus form a rhythmic abstract geometric pattern. 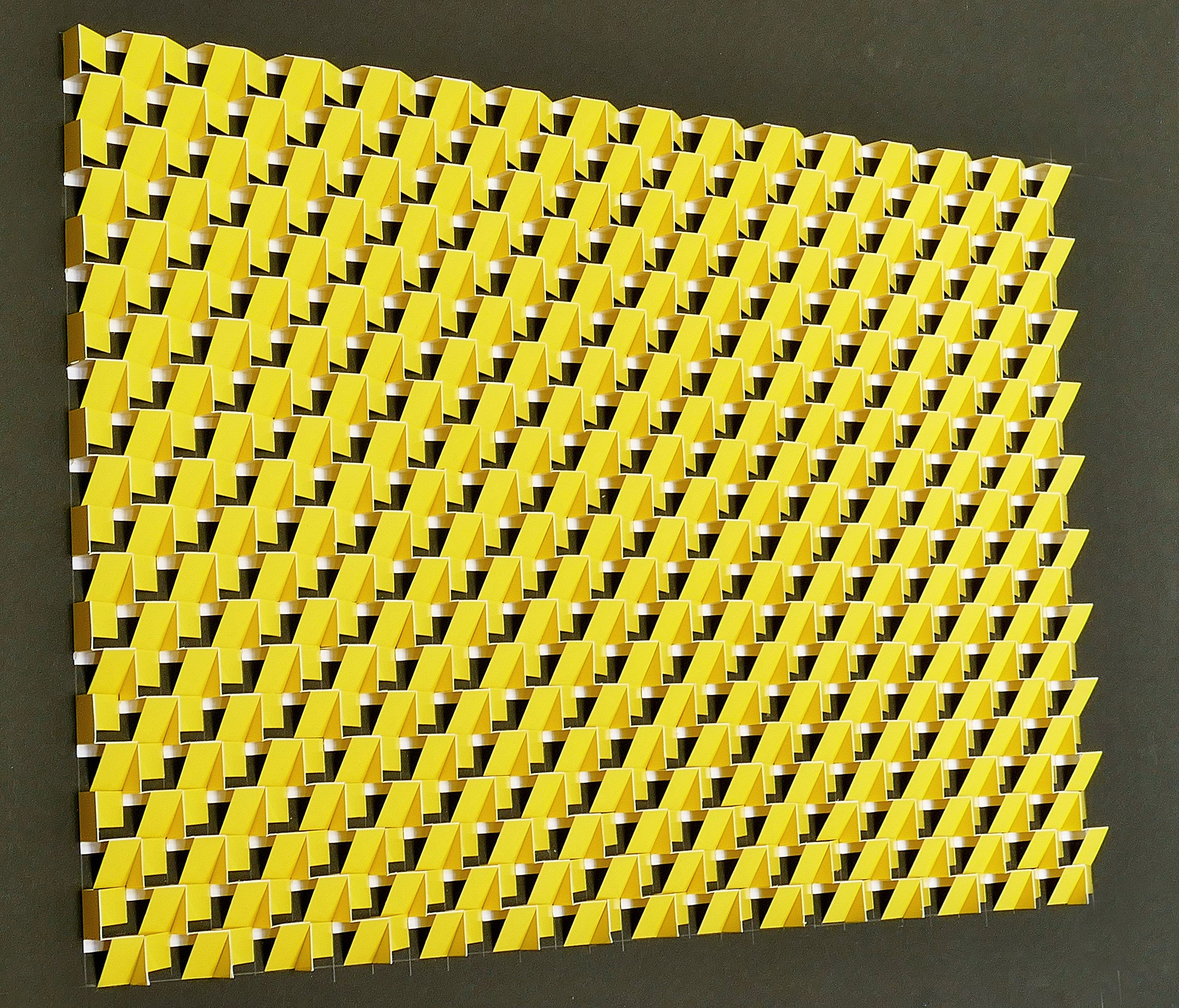 Jan Hoff, gives his ideas form as an abstract web of paper and cubes.Because of the light and shade are reliefs evoke a strong sense of balance and tranquility, while at the same time they are very lively.Always the same and yet always different. Jan Hof exhibited in the summer of 2015 with a number of his work on the Symposium 2015 in Gorinchem, Holland. 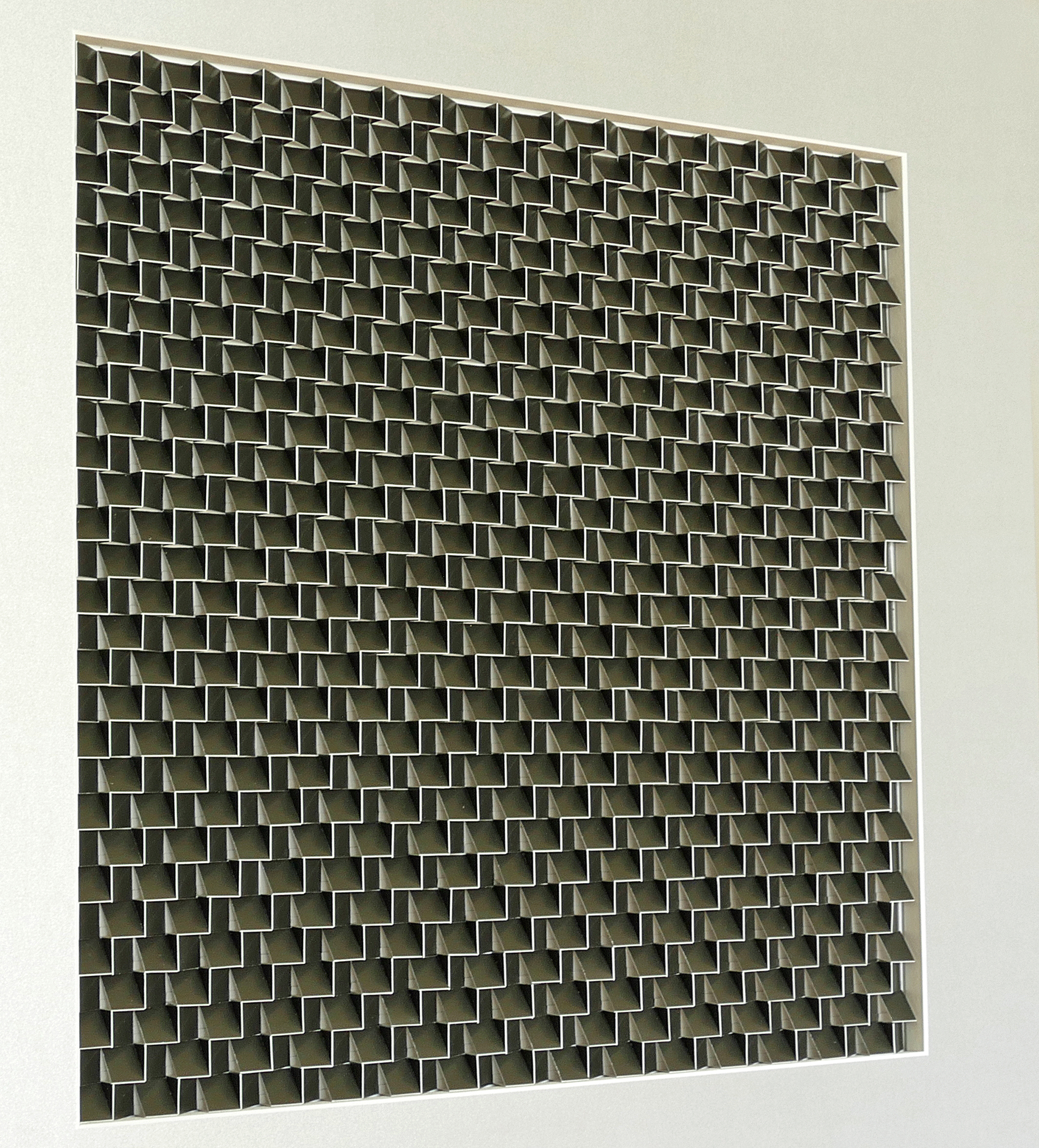 Herman van de Poll (NL, 1952) was originally trained as a graphic artist.After several courses include Academy Minerva in Groningen, he concentrated on his paintings.Herman is makes mainly compositions with mathematical forms based on chaos theory.In his current series geoChao he leaves triangles and circles away and focuses on the squares and the relationships between the squares. 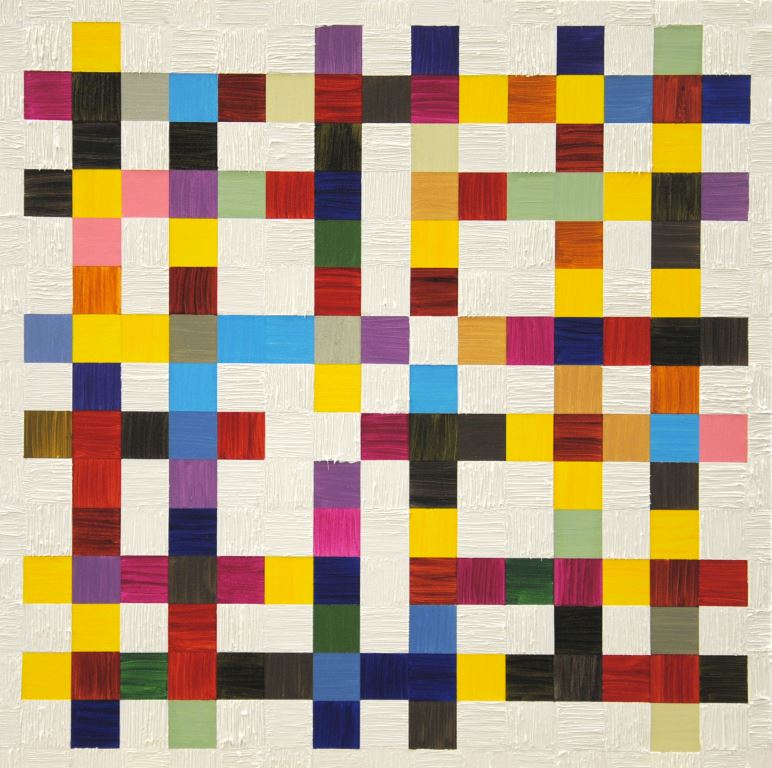 In his work it is about how the squares relate to each other in size and color: "I strive to make it as unpredictable as possible."As a basis uses words.With the syllables or letters he gets to work.Each letter of the alphabet has its own, random color.The resulting color alphabet he uses for crosswords and other puzzles.So he makes a composition which he himself has little influence on. 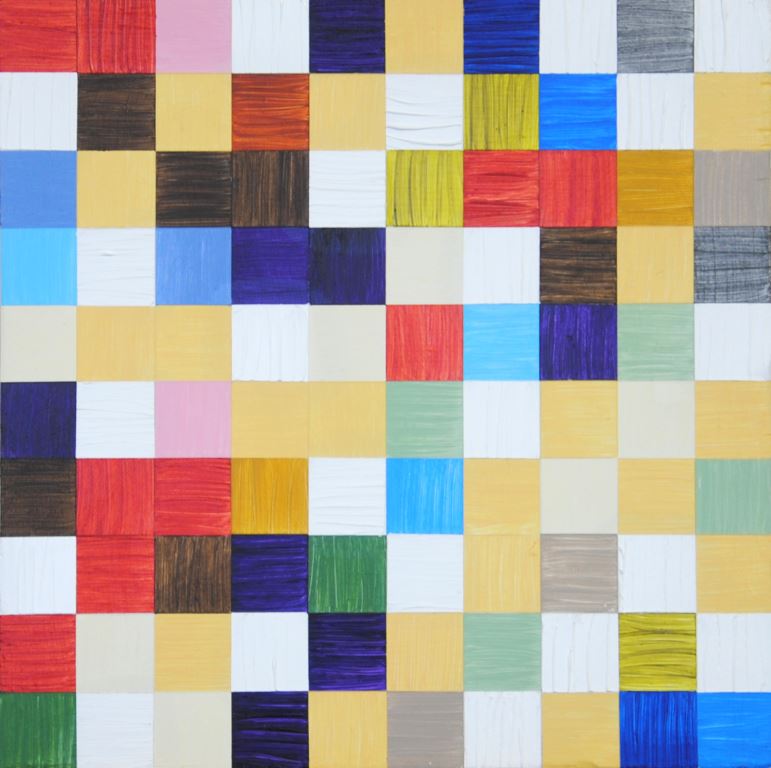